With the recent passing of character actor, singer, and civil rights activist, Theodore Bikel, the world suffered a loss not soon forgotten.  Beginning with his stage debut as the Village Clerk in “Tevye the Milkman” at the Habimah Theater in Tel Aviv in 1943, and later dominating the same role in Broadway’s Fiddler on the Roof, and continuing with countless vocal performances, Bikel has never failed to keep us entertained. Watch him perform “If I Were a Rich Man” from Fiddler:

Bikel’s many stage faces have ranged from southern sheriff (The Defiant Ones), to a Bulgarian villain (TV’s Falcon Crest), first mate (The African Queen), to captain (Broadway’s The Sound of Music), a Polish, as well as an American professor (Charlie’s Angels and The Paper Chase), and even the adoptive Russian father of an alien (Star Trek: The Next Generation), just to name a few.  (For more, see the NY Times Tribute). 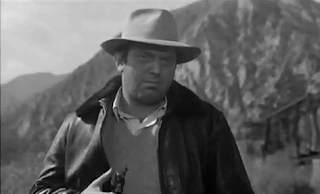 Left to Right: Bikel received his only Oscar nomination in 1958 for portraying Sheriff Max Muller in The Defiant Ones; Portrayal of Tevye in the musical Fiddler on the Roof; Bikel as Captain von Trapp in The Broadway production of The Sound of Music.
Photos: Actoroscar.blogspot.com, Downtownmagazinenyc.com  MasterworksBroadway.com

While Bikel was many times underappreciated, the vast number of his supporting roles spanned across many decades, beginning in the early 1940’s and continuing well into the new millennium. And, his talents did not end with acting.  In fact, for a time he was better known as a singer, than as an actor.

Born in Vienna, he also lived in Palestine, and England before his travels brought him to America. He spoke a number of languages fluently, and was able to sing in a total of 21 different ones.

Bikel was also active in the civil rights and human rights movements. He served as president of Actors’ Equity from 1973 to 1982, and was also a member of the National Council on the Arts from 1977 to 1982.

The many faces, as well as all of the worldly voices, of Mr. Theodore Bikel will be sorely missed for years to come by all encompassed in the overlapping generations of the nearly three quarters of a century of entertainment he provided us.